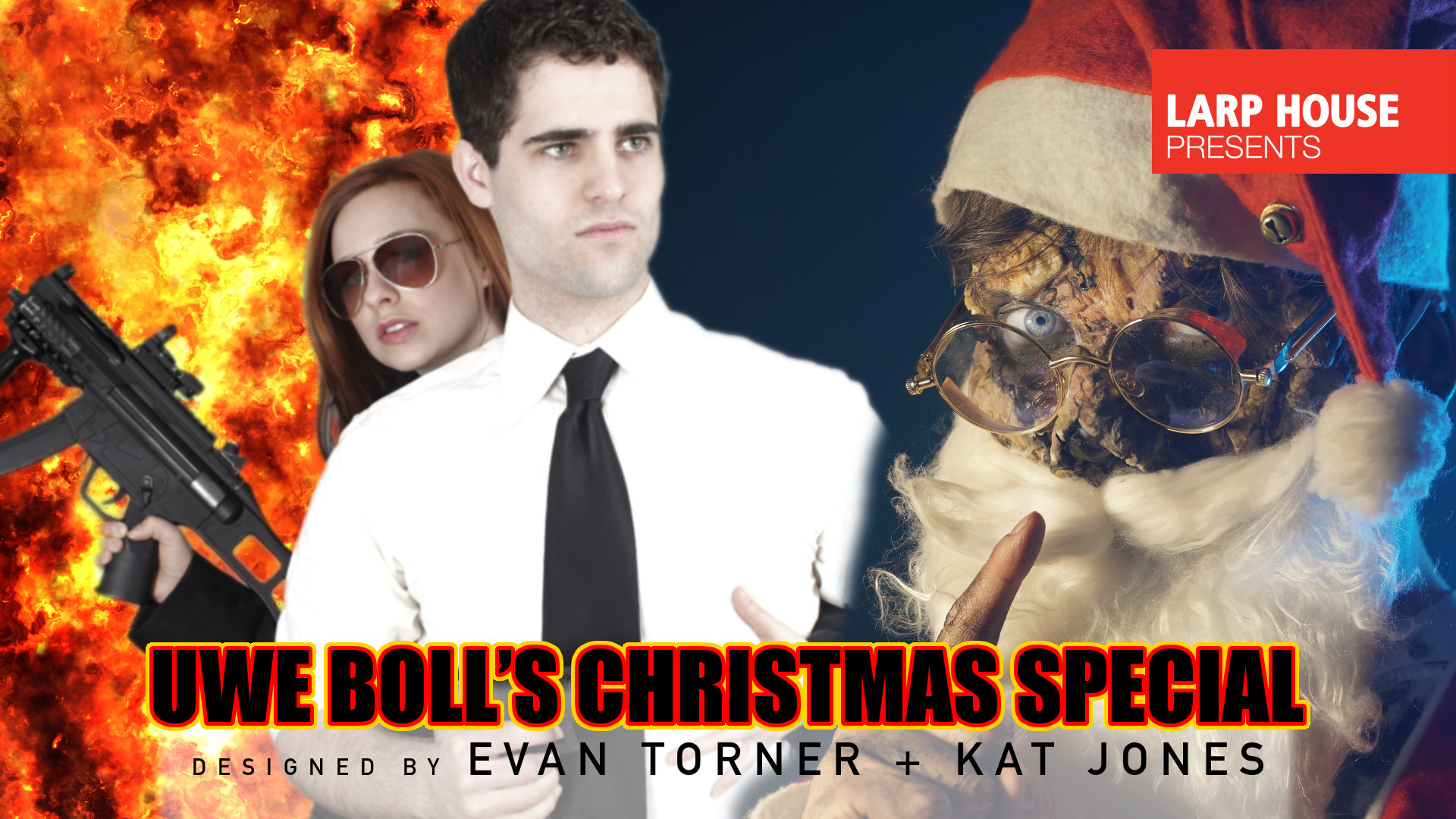 (Update: The event is on Sunday, 30 December. We apologize for any confusion!)

Meanwhile, it is Christmas Eve in Jersey City. Families gather for dinner. Hope is in the air. But for one family this Christmas will be fraught with danger. Little do they know that their father, Vernor Cedrac, was involved with the Ultra Sechs program. Or that Karma, loving mother and daughter and host of the family’s Christmas feast, is one of the hidden offspring of the alien vampires. What other surprises lie in store for the Cedracs as they uncover family secrets and learn the true meaning of Christmas?*

We are requesting a pay-what-you-want goodwill donation ($5 suggested) to support the work of the nonprofit in appreciation for the use of their space. No one will be turned away if they are unable to make a donation.

If you are interested in participating, fill out our Uwe Boll’s X-mas Special registration form before 11:59 pm on Friday, December 21st. We’ll let you know if you are in the larp by Monday, December 24th.

This is a comedic and absurd American Freeform larp. Players will workshops their character concepts—real-world actors and celebrities shoehorned into roles decidedly unsuited to them—before improvising the movie scene by scene under the direction of Uwe Boll, played by an organizer. Play will take roughly two hours incidentally the length of many of Boll’s films and receive just as much forethought and planning.

Our movie might not make a lot of sense, but we will have fun being way over the top and making it up as we go, all in the name of the holiday spirit!

Costuming not required, but your ugliest holiday sweater is strongly encouraged!

Our venue is fully ADA compliant and climate-controlled, with gender neutral bathrooms and plenty of seating.

There is no specific content advisory for this larp, but Uwe Boll’s style—which we will be emulating to some degree—happens to be all about somewhat distasteful content. At the beginning of the of play we will establish some content boundaries and determine a level of raunchiness that suits the attending players.

This game is in no way meant to defame, slander, or insult the person and/or work of filmmaker Dr. Uwe Boll, a real human being and a pretty decent guy. Boll has directed over 20 feature films without direct German state film subsidies, having written and produced most of them as well, and is a semi-professional boxer with a Ph.D. in German literature. This mere game cannot possibly be so significant as to warrant legal action from Boll or Boll KG, but it also suffices to say that it would be difficult to tear down all of Boll’s considerable achievements even with a game meant to slander him. No profits are being made at Dr. Boll’s expense.