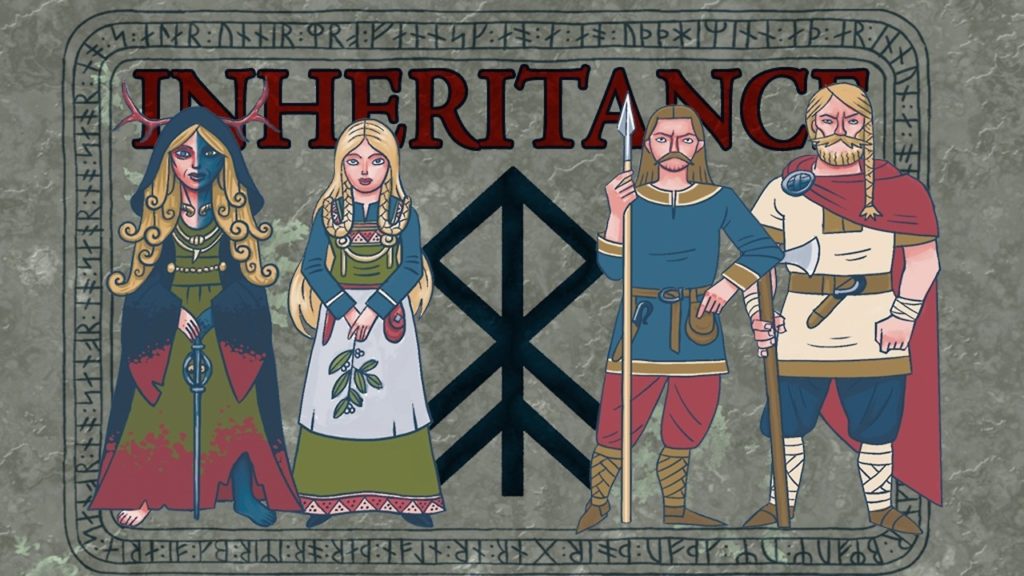 Ten years ago, Daxo murdered his beloved older brother, Baldr. Exiled by his father for his crime, he’s spent a long decade wandering. But now he’s heard that his dear grandfather has died, and he’s returned home to claim his inheritance.

WHAT:
Inheritance, a larp for exactly 9 players
Designed by Luke Crane
Organized by Kelley Vanda

REGISTRATION:
If you are interested in playing, fill out our Inheritance Survey before 11:59 PM on Tuesday, June 20th. You should know if you are in or out of the larp by Thursday, June 22nd. Registration will be open after the deadline for stragglers, but a place will not be guaranteed. This larp also lends itself well to an audience, who might also be called on to be servants or thralls.

COSTUMING:
No costuming required, but the larp takes place in 10th century Denmark so viking it up yo.

WHERE:
A private residence near Lyndale Ave S & 75th St W in Richfield, MN.
Players will be given details after they sign up.
There is nearby public transit from buses 4, 5, 18, and 540.

ACCESSIBILITY:
The play venue is a private home, stair access only, though most of the play will be done outdoors

. Plenty of seating available. Beverages and light snacks will be served. Two short-haired cats live in the play venue, but the play can be done entirely outdoors if needed. There will be a small campfire burning nearby (“funeral pyre”).